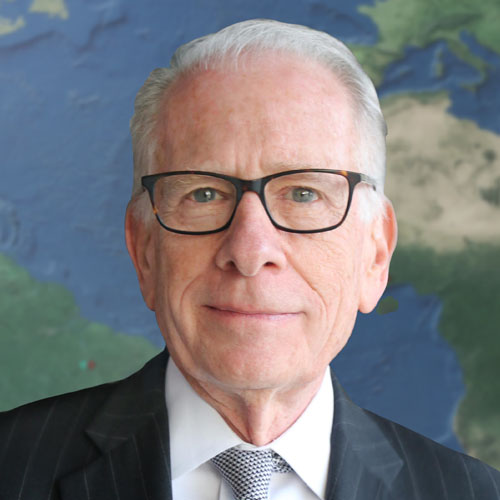 Allan E Goodman is the sixth president of the Institute of International Education (IIE), which is marking its centennial this year. IIE rescues scholars, students, and artists from persecution, displacement, and crises, conducts research on international academic mobility, and administers the Fulbright program sponsored by the United States Department of State, as well as over 200 other corporate, government, and privately-sponsored programs.

Dr Goodman is a member of the Council on Foreign Relations, a founding member of the World Innovation Summit for Education (WISE), and serves on the selection committees for the Rhodes and Schwartzman Scholars and the WISE and Yidan Prizes. He also serves on the Council for Higher Education Accreditation International Quality Group Advisory Council and the Board of Trustees of the Education Above All Foundation. Dr Goodman has a PhD in government from Harvard, an MPA from the John F. Kennedy School of Government and a BS from Northwestern University. He received decorations for his work in promoting educational exchange and scholar rescue from the governments of France, Germany, and Norway; he also received the first Gilbert Medal from the Universitas 21 Organisation.

Before joining IIE, Dr Goodman was executive dean of the School of Foreign Service and professor at Georgetown University. His books on international relations are published by Princeton, Harvard, and Yale University presses.